Middle school me had the coldest crush on Ice Cube.  I had to sneak his music into my tape player, and the secrecy of the moment pulled me like a magnet to the imagery he projected.

It was the infamous curl of his lip.

The authority in his expression.

Literally, all of it.

The photo that flashes in my mind when reflecting on Cube’s energy features both Ice Cube and Ice T circa 1992. [Ice] T is in a mock LAPD shirt that referenced the Rodney King beating a year before, while [Ice] Cube dons a black and silver LOOTERS cap. 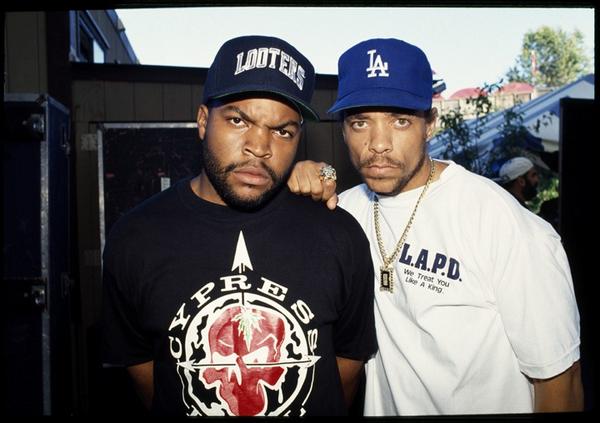 The Black and Silver was reminiscent of the L.A. Raiders gear Ice Cube was known for wearing, with the word 'LOOTERS' across the front. Aside from the photo in my memory bank, I have never seen the cap in the streets, until now.

At the beginning of the social unrest aka the civil disturbance aka the REVOLUTION, that same photo resurfaced on the internet.  It reminded me of the L.A. I grew up in, and the people who took to the streets in ’92 and every other time society failed its citizens.

I'm uncertain if it was nostalgia or frustration, but after watching the police continue to kill Black people and having to learn new names, I knew I had to do something. This hat is that something — a nod to the freedom fighters before us, a gift to the revolutionaries of now, and a love note to my city.

This is for y’all.